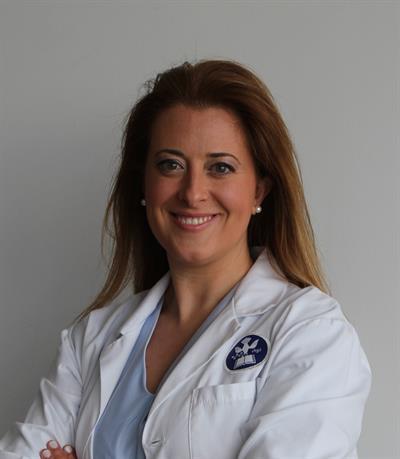 Dr. Maria Avrampou graduated from the National and Kapodistrian University of Athens Dental School in Greece in 2005. In 2009, she completed her training in Prosthodontics (MSc) at the same University. One year later, she moved to Switzerland to expand her clinical and research skills in Prosthodontics and Implant Dentistry (MAS) at the University of Bern where she also completed her doctorate (Dr. med. dent.). Dr. Avrampou held a private practice in Athens Greece between 2005-2014. In 2014, she moved to the United States as the ITI (International Team for Implantology) Research Scholar at Harvard School of Dental Medicine. Since 2015, Dr. Avrampou is a full-time Assistant Professor in the Department of Prosthodontics at Tufts University School of Dental Medicine. In May 2019, she also received her DMD from Tufts University School of Dental Medicine. Dr. Avrampou combines her academic career with part-time practice. Her scientific interests include the treatment of the edentulous maxilla, the application of digital dentistry in everyday clinical practice and the clinical performance of CAD/CAM restorations.
Read More Career Highlights / Publications Professional Activities Courses / Teaching Activities