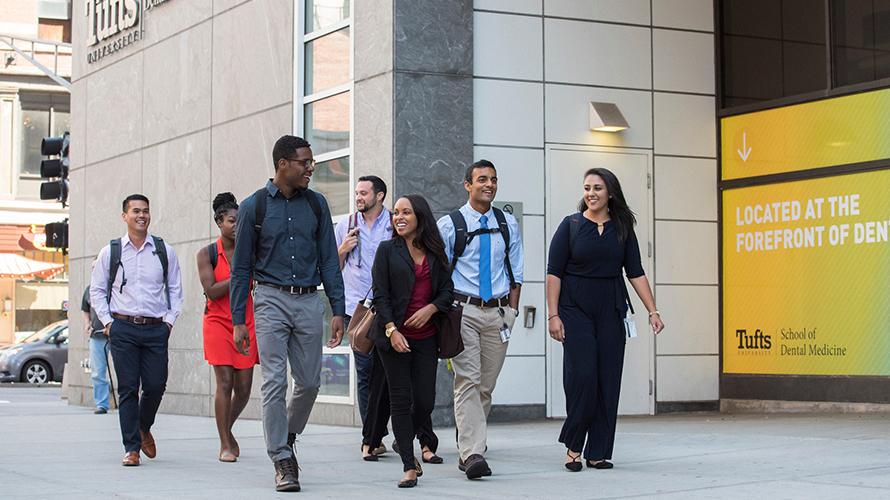 To help you in your search for housing in the Boston area, please see the information below about local neighborhoods, dental student housing trends, and options for finding off campus housing. For more specific housing questions, please contact Karen Alexander in Student Affairs.

Where do Tufts Dental students Live?

Check out our resident pattern map.

We strongly recommended that you come to Boston to search for an apartment in-person. It is not a good idea to rent an apartment without seeing it first. Most apartments become available 30 to 60 days before the date you are looking to move in, so plan your visit accordingly. Contact at least two or three rental agents or landlords a week or two before you arrive to set up appointments to see apartments. Be persistent and try not to get discouraged!