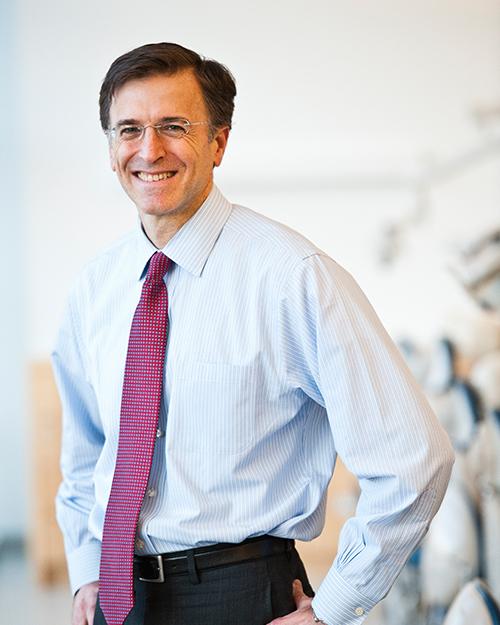 Mark Gonthier is the Director of External Affairs for Tufts University School of Dental Medicine.  In this role, Mark strengthens affiliate and alumni relations, and works to extend the working relationships with TMC/TuftsMedicine, New England consortiums of deans, and other key external partners, playing a vital role in building strategic community partnerships.

From 2011-2022, he was the school's executive associate dean and served as as chief operating officer.

Dean Gonthier began at the dental school in 1990 as the director of admissions. He previously served the Dental School as director, assistant dean, and associate dean of admissions and student affairs, building a culture centered on enhancement of student life and the success of all TUSDM students.

Dean Gonthier was recognized by the university at the first Tufts Distinction Awards with the peer-nominated Extra Mile Award in 2008, and in 2009, the Dean’s Medal for significant leadership and contributions to the school community. The TUSDM Class of 2010 dedicated their senior class gift to Dean Gonthier for building a critical bridge between students and staff, and TUSDM awards the Mark Gonthier Endowed Senior Prize Fund in Outstanding Service annually. Dean Gonthier was selected by the Chair of the American Dental Education Association (ADEA) Board of Directors (TUSDM Dean Huw F. Thomas) to receive a 2016 Chair of the ADEA Board of Directors Citation.

Originally hailing from Franklin, Mass., Dean Gonthier received a B.A. in Sociology from Reed College, and an M.S. from the Carnegie-Mellon University Heinz College.