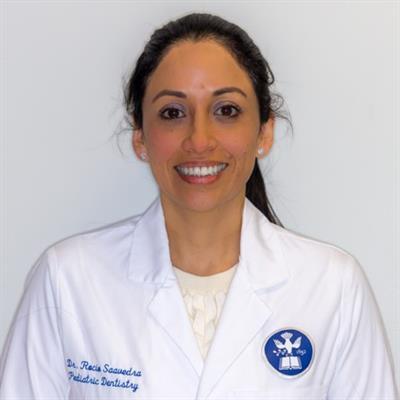 Dr. Rocio Saavedra obtained her D.D.S. degree in 2006 from Universidad Inca Garcilaso de la Vega in Lima, Perú. She then moved to the United States to follow Post Doctoral Studies in 2007 at University of Connecticut where she completed the Advanced Education in General Dentistry program in 2009 and Pediatric Dentistry in 2011.

From 2012 until 2016 Dr. Saavedra worked at the Dimock Center in Roxbury, MA as a staff pediatric dentist serving the community in the area as well as working directly with Head Start and Early Head Start programs at The Dimock Center. During this time Dr. Saavedra was adjunct faculty for TUSDM, Boston University and Harvard University where she worked directly with dental externs.