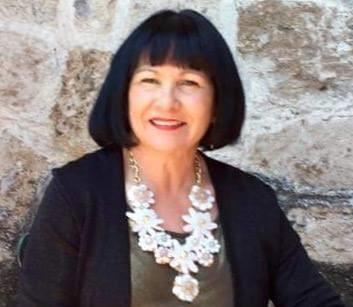 Dr. Nieto-Herman is a real role model to Latino women in U.S.A. Originally, she came from Venezuela. In 1975, she graduated from University of Los Andes, Merida, Venezuela and obtained Doctor of Dental Surgery (D.D.S). In 1981, she came to America and completed her education with three degrees at Henry M. Goldman School of Dental Medicine Boston University. In 1984, she obtained the Masters of Science in Oral Biology Degree (MScD). In 1986, she received the Certificate in Periodontology (C.A.G.S) and the Advanced Studies International Program (D.M.D) in 1989.

Former President of the Massachusetts Hispanic Dental Association (MHDA) in 1993 and former President of the National Hispanic Dental Association (HDA) in 1996, Dr. Nieto-Herman has been dedicated to service the Hispanic Community through effective leadership, focusing in Education, Research, Treatment, and Advocacy. In 1996, she was appointed Chair of the Equal Educational Opportunity (EEO) at Tufts University School of Dental Medicine (TUSDM) for 16 years. She created the MHDA Mentoring Program with Boston Public School: "Promoting Dentistry as a Career for Minorities" published in the Journal of the Massachusetts Dental Society (MDS) on fall 2004. In the same year, she was inducted in the Tufts Hall of Diversity. Dr. Nieto-Herman was Faculty Advisor of Tufts Students Hispanic Dental Association (TSHDA) for twenty years and received the Faculty Distinction of Bridges Builder Award Category in 2008. She was recognized by the Massachusetts Dental Society (MDS) as a volunteer Hero in 2003; furthermore, she was recognized in Special Citation at Boston City Hall by her advocated work on the Boston Latino Community in 2009 with the Program "Give Kids a Smile" (GKAS) that provides free dental care. Dr. Nieto- Herman is also the founder of the Hispanic International Mission Inc. (HIM), a Non-Profit Organization, and completed 17 mission trips to Central America, South America, and the Caribbean (4 to Ecuador, 3 to El Salvador, 3 to Haiti, 5 to Dominican Republic, 1 to Peru, and 1 to Cabo Verde, West Africa). She was honored at the Annual HDA Meeting in Chicago 2010 with the Presidential Award. In 2014, she received a special Award at the Annual Meeting HDA in San Antonio Texas for her unique "Training Foreign Dentist Mentor Program." In addition, she received the Latino Excellent Award by Latin Roots, the non-profit organization in New England in 2010 for her dedication to improving Latino Children's Education. In 2011, she was selected by "El Planeta" Newspaper as one of the One Hundred Massachusetts most influential people in the Latino Community. Dr. Nieto-Herman is a founder of the Symposium of the MHDA in 2010. In the present, she is a Part-Time Associate Clinical Professor of Periodontology at Tufts University School of Dental Medicine for 27 years and her practice is limited to periodontology and implantology in Boston. Dr. Nieto- Herman is a real friend, a role model, a teacher, a researcher and a leader who has dedicated to improve the Oral Health of the Latino children not only in America but also around the world.
Read More Career Highlights / Publications Professional Activities